Offline Android games on the app store allow you to enjoy a break free entertainment period with or without a stable WiFi connection. We don’t always have a stable internet connection on our devices, especially while traveling. So, what should we do when we get bored with the long travel that seems to be taking forever? I’m listing top Offline Android games 2017, 2018 and again this year (2019) – games that are a must-try.

Playing an interesting Action Android game on your phone will allow you to sail through hours and hours of travel quickly. Here is a list of the most popular no WiFi Android games that do not require an internet connection to play. I have included different types of games from various genres to suit your likes perfectly. I’ve also listed Android Games less than 100MB, in my previous post, you can use them when you are in a low internet Area to download a Game.

These are 15 Top ones from the 50  offline games above, which you can get on your android devices and play when you have no WiFi or Internet. These games are great for Android Mobile and tablets users equally.

The classic Subway Surfers game does not require a stable internet connection for operation. Unless of course, you want to compete with your friends on social media, you can play the game without a WiFi or cellular data connection.

The best part about the game is that it will save your score even without an internet connection and you can share your achievements with your friends once you get a hold of it.

Believe me when I say that Temple Run acts as a wormhole of sucking time. You can play this game for several hours without realizing that for a minute. The intuitive interface and the great graphics on the game allow you to play it non-stop.

You also get the option to restart your game multiple times by earning rewards in form of gems. Exclusive power-ups and a great storyline make the game even more likeable. The best feature of the game is that it has no end! Therefore, you can play this game for ages and still not be satisfied with it.

If you love cars and racing as much as I do, you will love the Asphalt 8: Airborne. Although you require a high-speed WiFi connection to first download this game, it works flawlessly without one after download.

The intriguing racing events and the insatiable thirst of purchasing new cars as you keep on winning events will keep you engaged for hours. However, you need a device with a decent processor specification and ample internal memory to run this game smoothly.

Real Racing 3 is another one of the racing games that compete with Asphalt 8. The best part about this game is its realistic driving experience from the first-person view. You get the feel of driving an actual Nascar racing car on a track with the high-end graphics offered by this game.

The only problem with this game is that it requires an internet connection every once a while to download a few stages/vehicles.

The most classic arcade game, Angry Birds is a game that is liked equally by adults as well as kids. This Rovio enterprise game is intuitive and easy to play. The engaging story-line power-ups, as well as a simple gaming interface, allows you to play the game for extended periods without getting bored.

If you love games that offer you the adrenaline rush of being in a fight, Shadow Fight 2 is the perfect companion for your travel. The game offers an intriguing storyline and a surreal gaming experience without consuming a lot of processing power. The game only gets more and more interesting as you compete against stronger opponents.

It is a good idea to download at least two to three no WiFi games on your smartphones before your big trip. These no WiFi games will keep you company when you wait for a flight or your dinner at a restaurant. Since they do not require a stable internet connection, you also save a lot of money on cellular data by downloading them once.

If you love to play racing games, sitting behind the steering and rolling your hands to get the vehicle touching the skies then this is the game you should go for. And I am one of the great fans of racing game, hill climbing had given new miles to the game, the new features, and interface and above all you can get it offline on your phone. The objective of the game is to get into the car and to cross the hurdles before the fuel finished. It is like a test of your driving, and if you could get yourself to the finish line, then you pass that test with a pre-dominators number. The gameplay of this version is almost the same, the same story, but additional features. 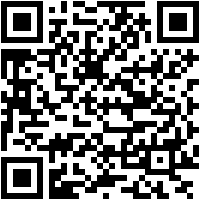 It is a shooting game where, your task is to rescue and free the magical creature, which is trapped inside the colorful bubbles. A cat: Wilbur has taken the beautiful creature into custody, and has imprisoned them. A bubble shooting game, where you make animals free, pop bubbles by shooting to match 3. You need to find some special bubbles, in order to make them free and to conquer the forces of Wilbur.

One of the best runner games you need to get, with a beautiful forest full of various residents. There is indeed something wrong in the forest, and you have to find what is wrong there. In this game, there are four multiple players who can play. There are no limits or levels of the game.

This is the game, which Google itself suggests for the offline users to play. P v Z is the game which stood against the test of time you can even get it on Facebook, computer or an Android smartphone. The game is a great addicting experience and for those who do not have the facility of data connection. The goal in the game is to protect your plants against the Zombies when they walk across the garden. To increase your level in the game you need to grow more plants, shoot out the Zombies when they attack your plants. 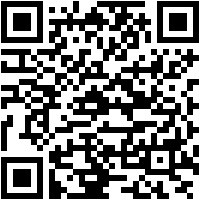 The game is identical to subway surfers in storyline and theme. You need to keep going until you die. You play talking Tom and all his aides, Angela, Hank, Ginger and Ben. With the simple control, you need to dodge all of the obstacles and hurdles which come in your way such as trucks, fences, walls, etc.

It is a puzzle game, in which you would be moving your fingers on the screen, removing the blocks and making a clean and optimal patch for the ball to go on another end. There are multiple awards and coins provided that can boost the gameplay and also make it exciting. A whooping amount of puzzles to be solved, 3000 plus levels in this game. 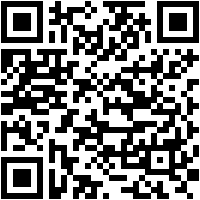 This game is extremely engaging and addictive while at the same time being known for its amazing interface. The game is equally interesting for kids and elders. The classic version of Bejeweled hit the nail right on the head when you travel.

The only one thing you need to do -run as long as you can. It is a horror type of game. 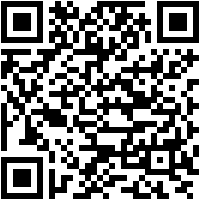 Laser Wars – This is one of a kind game involving tanks and if you are a big fan of them, you will surely love this too. You need very less space to get it installed on your smartphone. 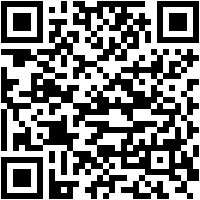 In this, you need to connect different curves to make a complete shape, and in dark mode, you destroy the space into different parts, that each the part must have a component that is individual and yet at the same time, complete.

This is yet another superhero game where you get to control the hero. It is an unlimited endless runner featuring Spiderman, with the official license from the marvel itself. The control of the superhero is basically going to be across the levels where he tries to defeat all the enemies that come against him. Though the game focuses on endless running it is not the only thing which the game has in it. There is a complex story divided into chapters, confront with the powerful villains ever since the comics.

The app was not found in the store. 🙁
Go to store Google websearch

In 2014 Google updated the algorithm of Google Play Store and added a new offline games section to make it useful for those who do not have the facility of the data connection. So, even if once they get the data connection, they can install games and the rest of the time could play them without having a data connection. The Play Store updates regularly and a lot of new games are added with each update. It becomes harder to choose the game to install, the games which can bring some entertainment and amusement in your lives.

This was all about having offline games in your gadgets so that you can play them anytime without having the internet connection. It is a great advantage for all game lovers across the world. Everyone can have this without begging for data connection all the time to play games.